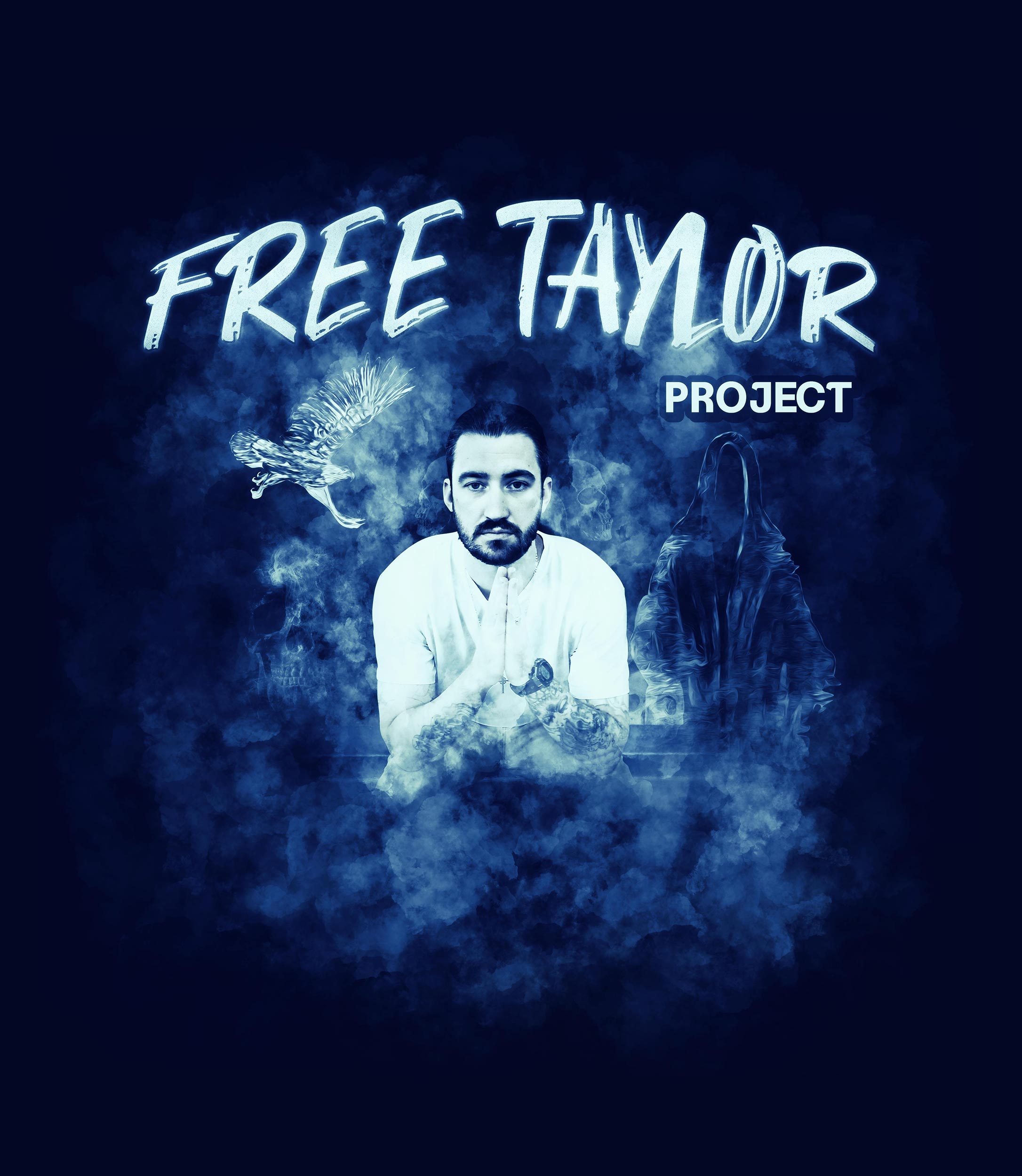 WHO IS TAYLOR CONLEY?

My name is Taylor Tom Conley, I am founder of Designed Conviction, and this is the Free Taylor Project. You may be asking yourself, why free Taylor? So I would like to give you some insight into who I really am, where I’ve been, and where I’m going. My life has been a journey full of many struggles. I don’t make excuses or deny that there are a lot of demons in my past, so I will be fully transparent with all of you. In 2006 I was arrested and charged with aggravated murder in the 1st degree, or the alternative, felony murder in the first degree,  I was subsenqently convicted of both charges. My lifestyle to that point was filled with drugs and a life of crime, which clouded my mind and distorted my vision. I became trapped in a world where I wasn’t taking responsibility.

As a troubled youth,  I was introduced to the system at the age of 13. I was placed  in a youth at risk program, which caused me to go into juvenile hall several times, resulting in me being pulled further away. At age 15, I was sent to a behaviour modification program in Mexico, Casa by the Sea, then to a more difficult one in Jamaica,Tranquility Bay, where I spent a year in total.  I was riddled with abuse and borderline torture that paved the way to what came next. I’m not making excuses, but the person I have become is not the person I once was. The boy who came to prison has become a man with a purpose, I now have a clear vision and a mission. I take responsibility for the actions that led me to this prison where I am sentenced to die. However, I am innocent of the crime of aggravated murder. If you would like to look into my case, please feel free to check it out https://casetext.com/case/state-v-conley-9

And here is all the legal paperwork, go to appeal 2020 folder to see the most recent actions

As I said I want to be open, honest and transparent about myself.

SEND ME TO MY GRAVE

Based on a real-life story of how Taylor Conley almost got killed on his road to prison. Now he is serving life in prison. Formerly incarcerated artist Seth Anthony joins in to help tell his story.

He is the most “unfunny”…

I met my husband back in 2015 when he had already served ten years out of his life sentence. I saw his classified online, and he was looking for a friend. He is the most "unfunny" person that I know lol, he is very carrying, and he is the best friend that I could have...

I am amazed by the talents…

I am amazed by the talents of Taylor Tom Conley, a man I met who is serving life in prison. He has opened my eyes to the realities of how corrupt our justice system is. At only 20 he was wrongfully convicted of a crime he did not commit and in result was sentenced to...

Born on Hallows Eve 1985 In the old Monticello Hospital, of Longview Washington. My life has been a trying journey full of twists and turns, ups and downs, a real life saga. My father a fourth generation commercial fisherman, a descendant of Tom Taylor a notable name on the Columbia river in the late 1800’s into the early 1900’s, in which Taylor Sands was named after. My mother the daughter of a fisherman, and country western cowgirl/ sales consultant, raised me out past the city limit sign, in the wooded hills of Longview. After my parents split when I was just four years old, I spent a lot of time with different people, as My mother was working and father often gone fishing. I spent a lot of time out at Taylor Sands with my grandparents. different Family friends, on a ranch, and with my cousins. As I was an only child I was quite close with my cousins. My mothers mother was from Scotland and I got the chance to travel there when I was 13 to visit and meet my great grandmother and many cousins aunts and uncles. My youth was a unique as well as troubled one, as I have the memories of many experiences both good and bad.

Life of a lifer

Do you believe in second chances? We can’t change the past but we can write a better future for all. Check out Taylor’s new episode, and subscribe to our YouTube to win free prizes and cash, and never miss an episode.